Whitfield is a very pretty and very small town situated in a dairying and tobacco growing district in the highly scenic King River Valley where lush river flats are surrounded by some magnificent high country. Wine is the main produce of the valley, along with gourmet foods, apples and berries.

Bushranger Harry Powers once operated in the area in the 1860s and, in 1869, formed an association with a 13-year-old Ned Kelly. As a result Kelly was arrested and held in custody for seven weeks as a suspected accomplice but the charge was dismissed. Power was captured in 1870 and sentenced to 15 years at Pentridge prison.

At a later date, when Kelly was a wanted man, he allegedly rode his horse down the hallway of the Mountain View Hotel which is still in existence. More solidly, it is known that Dan ‘Mad Dog’ Morgan stole a horse from the Evans station at Whitfield in 1860. Pursued by Mr Evan Evans and a Mr Bond he was fired upon and hit with buckshot. He returned to the station on April 6, 1865 and set fire to some haystacks and, when the people from the property appeared, Morgan held them up. He asked for Evans who, fortunately for him, was absent. Morgan explained he wished to see Evans and Bond as a result of the previous incident. After eating, Morgan departed with the police soon in pursuit. He was killed three days later. 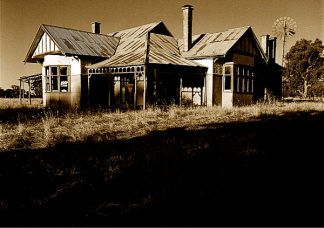